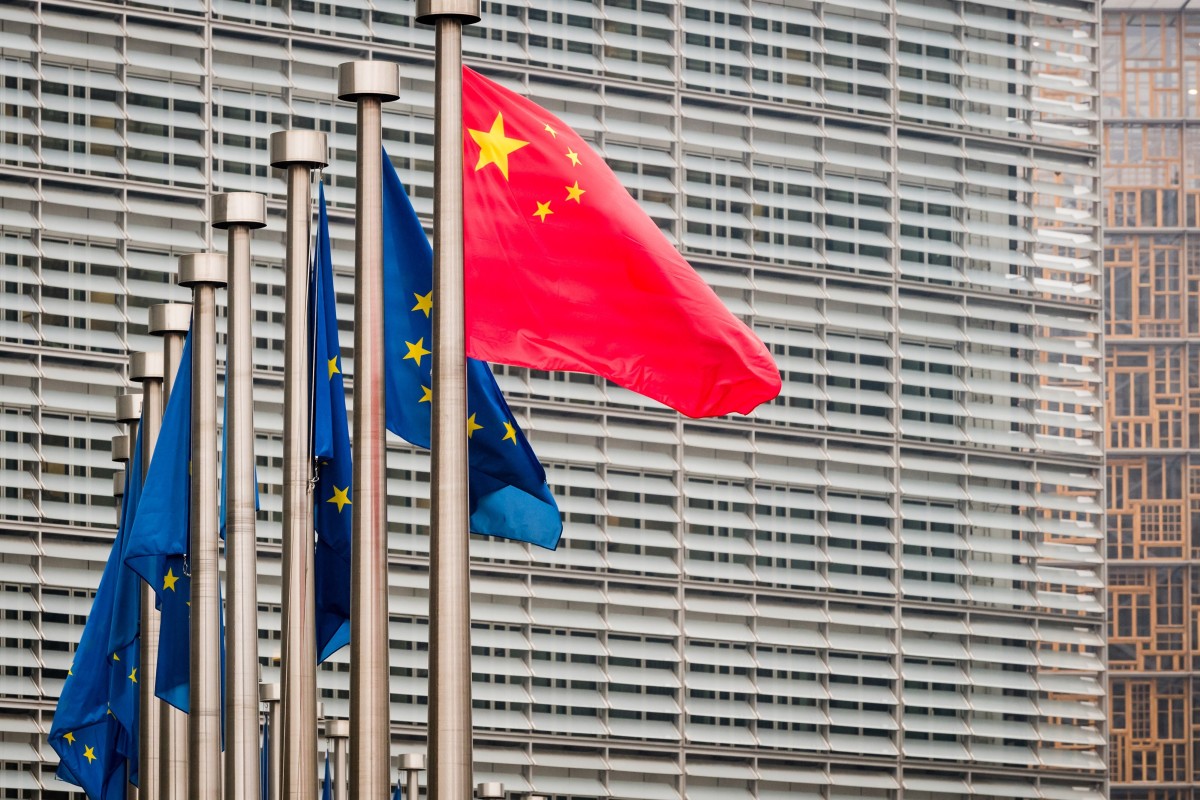 As the United States puts pressure on its allies to stand against China, Beijing must act to rebuild its relations with the

The EU has so far avoided taking sides in a China-US rivalry that has expanded to multiple fronts, but Beijing should not be complacent after an economic rift with the bloc and loss of political trust, the observers said.
When Washington imposed tariffs on Chinese imports to set off the US-China trade war  in 2018, Beijing warned Europe not to “stab China in the back”, yet the continent has since criticised China on issues including trade, the coronavirus and its actions in Hong Kong.
The Group of 7 has also been a focus of differences with China. The EU and Britain have slammed the invitation for Russia, which has become closer to China, to rejoin the G7, while Australia – under economic sanction by Beijing – has accepted an invitation to attend this year’s G7 summit as a guest.
US President Donald Trump said on Saturday that the G7 grouping was “very outdated” and should be expanded to include Russia, India, Australia and South Korea – but not China.

Joerg Wuttke, president of the European Union Chamber of Commerce in China, said US-China relations could continue to decline and the EU would need to react to it.

“Europe should first and foremost find its own interests,” Wuttke said. “We should not slavishly follow one or the other. We have far more in common with the US than with China … but we don’t choose a side.”

EU officials have said repeatedly that the bloc does not take a position on US-China tensions, but observers said China may become a target in political and security discussions by an expanded G7.

Britain has reportedly proposed that the G7 should add India, Australia and South Korea and form a 5G club of 10 democracies, dubbed D10, to find alternatives to Chinese telecoms maker Huawei, as well as addressing other concerns on China.

“China and the EU should take time to fix mutual trust which was hurt by the pandemic,” said Cui Hongjian, director of the department for European studies at the China Institute of International Studies.

“China should firstly keep the foundation of economic cooperation with the EU – we don’t want the problems with the US to recur with the EU. The EU underscores trust and reciprocity in our relations, and so do we.”

China has faced a growing international backlash over its initial handling of the Covid-19 pandemic and combative diplomatic stances. The recent decision to impose national security legislation on Hong Kong has surfaced as a new focus of criticism.

Beijing had hoped to push forward its relations with Europe through progress towards an investment agreemen and a high-level summit in September. That summit in Leipzig has been postponed because of the pandemic.

The EU has asked Beijing to remove barriers to European companies operating in China and complained that its state-owned enterprises enjoy an unfair competitive advantage.

In a telephone conversation with German Chancellor Angela Merkel on Wednesday, Chinese President Xi Jinping said China was committed to continuing to open up its market for foreign investors, and hoped Germany could promote China-EU ties.

But Wuttke said “a sense of international retraction” in China may undermine attempts at cooperation.

The EU views China as a negotiating partner, economic competitor and systemic rival in governance, according to an EU strategic outlook report last year that marked a toughening of policy towards Beijing.

Shi Yinhong, a Chinese government adviser and professor on international relations with Renmin University in Beijing, said the economic downturn and implementing the interim trade deal signed with Washington in January had occupied Beijing, limiting its capacity to win over Europe.

The continent’s criticism has most recently concerned fears that Hong Kong’s partial autonomy, guaranteed by international treaty, has been undermined by Beijing’s decision to introduce a national security law in the city.

“China will not back off on the Hong Kong issue,” Shi said. “Against the backdrop of the US’ extreme containing measures against China, so far China has not done enough to win over countries that have been closer to the US.”

EU foreign policy chief Josep Borrell on Tuesday told German media that US-China tensions represented a new normal and the EU had to “find an answer”, with Beijing being “an indispensable partner” despite its many differences with the EU.

“China needs Europe as a market for its products, as an investor and supplier of hi-tech and also for international recognition,” he said in an interview with Sueddeutsche Zeitung. “These are our means of pressure, we have to use them better.”